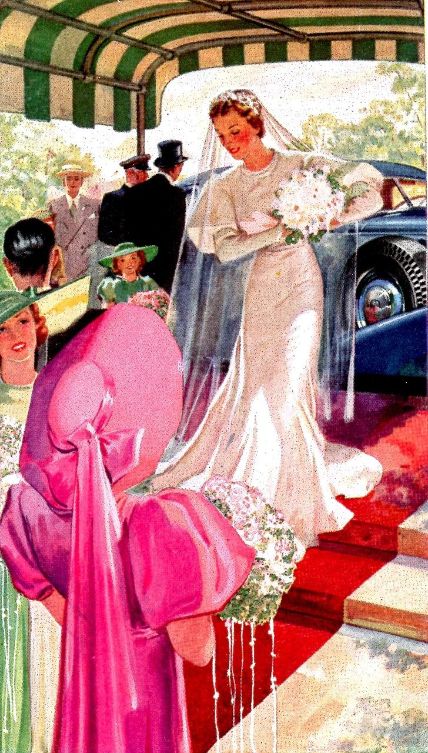 [Image by Oberholster Venita from Pixabay]

Since no human being is original, where did people suffering from distorted sexuality get the idea to try and legally change the definition of marriage?

The attack on marriage began with the heterosexual population of the Western Worlds, way before the popularity of distorted sexuality exploded into common place.

First, the secular entertainment media puppets of demons, separated objective Truth+Love+Virtues of The Divine from entertainment and began teaching through both word and action the Romantic Fairy-Tale Lies (RFL's):

5) There is no such thing as selfish using.

7) Love is not a free will choice.

11) There is no objective Truth+Love+Virtues.

12) You make me feel loved, unloved, rejected, etc. (aka blaming of feelings)

...all of which has been participated in, financed, watched, and believed by most so called Christians from their beginning.

Therefore why wouldn't those with distorted sexuality not also think that they are supposedly giving and receiving "love" through their physical intimacy and orgasms?

The more we sin (absence of Truth+Love+Virtues) the more dysfunctional and irrationally ignorant we become to the point that we think we "need" physical intimacy and sex and "need" to make sure the physical intimacy and sex "makes me feel good enough" with the person we are in a relationship with before we "commit" to them.  As if our irrational lustful selfish using perspectives on how we feel when aroused or having an orgasm is how reality, love, or commitment is determined.

If a relationship is based on arousal and orgasm, then it becomes irrelevant as to who is unifying in order to achieve them.  This was the jump start needed for the support of all distorted sexuality to become a “popular” “life style”.

1) to lead ourselves, our spouse, and our children into eternal union with The Divine (by sacrificing, committing, and [unconditionally] loving) and

We can have loving companionship without sex and marriage.  Since we who call ourselves Christians are so prideful, selfish, and lustful that we get married in order to try to selfishly use the other person "to make me happy", "to make me feel good", or "so I have a fulfilling life", that we rationalize marrying for selfish using reasons with the Scripture verse, "it is not good for man to be alone".

To selfishly use a person "to make me happy", "to make me feel good", or "so I have a fulfilling life" is NOT a part of the correct marriage vows.

The vows we so called Christians selectively forget are: “For better (behaved) or for worse (behaved) [aka unconditionally loving], in sickness and in health [aka sacrifice], for richer or for poorer [aka sacrifice], till death do us part [aka commitment]!” Rejecting these vows, proves that we only married the other person to selfishly use them be it for so called "entitled" or "moral" sex (which sex is NOT when selfishly using) among other selfish using reasons, herewith being an attack and distortion of both sex and the sacrament of marriage.

This leads us to the third way we so called Christians first attacked and changed the definition of marriage, by believing in and following through with divorce and remarriage.  It is one thing to separate from your spouse out of a legitimate need; it's quite another to divorce and remarry.

Fifth, people with distorted sexuality and their supporters have now legally change the definition of marriage so they can have the legal benefits and tax breaks and social status of the “married” people and define their distorted sexual relationships as "healthy" and "normal".

And why wouldn’t people with distorted sexuality try to pull this off when the majority of us who call ourselves Christians treat marriage like it is only for social status, financial stability, and to try to selfishly use the other to try to make me feel loved, happy, and feel good rather than correctly only going to God for these needs.

Why are people with heterosexuality, who call themselves Christians so surprised that the people with distorted sexuality wanted to change the legal definition of marriage when there are those of us who call ourselves Christians who had already done a “bang up job” defacing and defiling, attacking and changing the real definition of marriage, dating, and sex all by ourselves.

Furthermore, the American Psychiatric and Psychological Associations (APA's),...who almost all so called Christians believe and trust as if they are God, the Magisterium, and the Gospel, while following them like a bunch of blind lemmings,...began unscientifically telling us that distorted sexuality is normal and doesn't harm anyone only after they got harassed, threatened, and paid off by "gay rights activists".  And now you wonder why the "transgender activists" think they can do the same thing?!

We so called Christians who willfully ignorantly selfishly pass it off as, "well as long as their sexual choices don't negatively affect me". Or any other list of rationalizations we have adopted from secular demonic media for why the Truth on any subject of morality is unimportant, such as but not limited to “They deserve love too”, and “Who am I to judge?” in order to try to lazily ignore Truth or cowardly put our head in the sand.

I am in no way supporting, homosexuality, the legal change of God’s original definition of marriage or transgender ideology; two evils don’t make a good. People with heterosexuality, who call themselves Christians, need to fix the real causes of the problem where WE started it. Don’t just fight the "marriage issues" or "gender issue" (surface symptoms) in others, fight the Objective Truth sin issues (original causes) in ourselves.

The problem of the distorted sexuality rampage in the Western World, is fueled and supported every time a person with heterosexuality, who calls themselves a Christian goes to a strip club, uses pornography, masturbates, uses a "sex toy" or "oral sex" to achieve orgasm, eats at "Hooters", watches anything from a soap opera to a PG-13 or R rated movie, has premarital sex, has extra-marital sex, uses contraception, cheats on their spouse emotionally or physically, makes a sex joke, lusts, or gets divorced and remarried…just to name a few hypocritical sins!

Before we expect to win the legal battle over God’s definition of marriage and transgender ideology, we first have to take all the hypocritical logs out of our own eyes. Especially when we fail to know God’s true definitions of Love and Marriage and WE fail to live them.

Start removing your own logs by watching Christopher West’s, “Theology of the Body” DVD series (1) “Naked without Shame” and (2) “Into the Heart”. And start learning and practicing the L K Miller de Vences', "Theology of the Soul: Lasting Healing Psychology", the "10 Steps to Lasting Healing".

It’s easy to feel comfortable and superior fighting the battle over the legal definition of marriage and transgender ideology when we pretend to look and feel “holy” by only focusing on the dysfunction of others, (while some even hypocritically publicly support private distorted sexual relationships and distorted sexual entertainment media), because then we can self-righteously try to sleep better at night rationalizing that we are higher functioning than the people suffering from distorted sexuality, when we are equally as dysfunctional as they are.