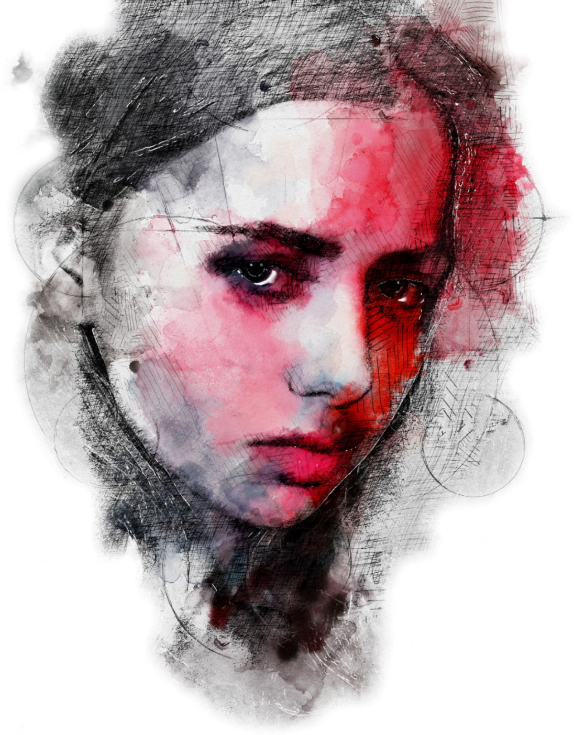 Beyond, Beyond the Misconceptions About Depression and Anxiety

Response to the article from A ZENIT DAILY DISPATCH by Kathleen Naab, 09 September 2014 https://www.ewtn.com/catholicism/library/beyond-the-misconceptions-about-depression-9868

[Image by Brigitte Werner from Pixabay]

I would like to begin by complimenting Dr. Aaron Kheriaty on stating many Catholic Truths throughout the last half of the interview that contradict the lies of modern psychology and psychiatry from the secular establishment, that he stated in the first half of the interview for this article. Lies of which I will be addressing with the following Truths:

Being that as defined in the Greek and Latin, psychology and psychiatry are correctly the study and healing of the Soul, which is the intellect (mind) and free will to choose, as stated by Dr. of the Church St. Thomas Aquinas, and it is easily proven that all psychological disorders are intellectual abstract concepts which are the absence of Truth/Love/Virtues,...depression and anxiety are not, never have been, and never will be a disease or medical illness of the brain/body.

Unfortunately, the majority of "mental health" professionals, i.e. psychological professionals, especially psychiatrists, including Christians whether Catholic or not, are not adequately informed about the nature and causes of psychological disorders, which is why they refer to them using terms that wrongly elude to the biological such as, "mental illnesses", and "mental disease", and "mental health".

There is zero scientific evidence that depression or anxiety, as well as any other psychological disorder, are either genetic or caused by brain chemistry.

Psychological Depression is primarily, despair and hopelessness (vices), false sense of helplessness (lack of Truth), and self-pity (false sinless innocent victim).  This makes Psychological Depression primarily the absence of Humility, Wisdom, Understanding, Hope, Trust in God, Peace, Joy, Acceptance, Forgiveness, Thankfulness, Charity, etc. All of which are "Virtues" from The Divine.  All of which are abstract intellectual which are morally qualifyable.

Psychological Anxiety, next to paranoia, is one of the most extreme degrees of worry and fear.  This makes Psychological Anxiety, paranoia, worry, fear, and stress primarily the absence of Humility, Wisdom, Understanding, Courage, Trust in God, Peace, Joy, Acceptance, Forgiveness, Thankfulness, Charity, etc.  All of which are abstract intellectual which are morally qualifyable.

This makes psychological: depression and anxiety, paranoia, stress, worry, and fear, all, pride, selfishness, distrust in God, a failure to accept present reality, a person believing they are an innocent sinless victim, wanting to control what they cannot or need not in the specific way and moment, a lack of forgiveness, and failure to be grateful to God, among other morally qualifyable interior behaviors.

Psychological: depression, anxiety, paranoia, stress, worry, and fear are the absence of Truth, Love, and Virtues.

The absence of Truth, Love, and Virtues is what sin is.

Psychological: depression, anxiety, paranoia, stress, fear, and worry, just as with all other irrational psychological emotions and feelings, are solely caused by the abstract irrational thoughts, beliefs, expectations, wants/desires, likes, dislikes, and attractions of the intellect (mind) and free will to choose of the person.

This makes depression and anxiety and all other psychological emotions and feelings morally qualifyable.

Depression and Anxiety ARE moral/spiritual psychological disorders, and their psychosomatic physical secondary affects do not negate this Truth.

Christian are correct to ‘spiritualize' what are psychological problems as all psychological disorders are moral/spiritual disorders, which is why the original correct definitions of psychology and psychiatry are the study and healing of the soul, as defined in the Greek and Latin.  The intellect (mind) and free will to choose of the person being solely of their soul.

No psychological disorder can be, never has been, and never will be biologically/physiologically rooted.  And there is zero evidence to suggest otherwise.  Lying, rationalizing, assuming, and other forms of manipulation will not change this.

Depression and anxiety are absolutely objectively a sin, as are all psychological emotions and feelings and disorders that are the absence of Truth, Love, and Virtues.

If someone has suicidal thinking it is only for one of two reasons, either one, the person believes it to be an acceptable option and is not morally opposed to it on some level, and/or, two, a demon is telling the person that killing themselves is a good option in trying to tempt them to do so, because this temptation typically works on those with extreme psychological sinful emotional suffering who are failing to want to know and repent of all of their sins.

Depression and anxiety, just like any sin, are NOT a cross to bear, but a sin that needs to be repented of and confessed as soon as possible, regardless of whether or not it is a venial sin.

The majority of people who feel depressed or anxious are either in the state of mortal sin, or are committing idolatry in some way, usually through an addiction/vice that they refuse to acknowledge as such.

As Dr. Aaron Kheriaty rightly stated, depression is NOT the "dark night of the soul", which a holy, while depression is the absence of holiness.  Too many Catholics jump to rationalize that their emotional sin(s), lack of desire to pray, or inability to hear God, etc. are "the dark night of the soul", rather than seeking daily for God to show them how they are sinning.

Medical treatments for a psychological problem are harmful and lead the person away from seeking and developing self-awareness of their sins, proper discernment with Jesus, repentance, and seeking and receiving the Truth, Love, and Virtues that are needed to replace the sins of depression, anxiety, paranoia, stress, worry, and fear, etc.

This is also why typical spiritual direction, prayer, and Bible reading alone do not bring relief to someone suffering from depression or anxiety...because the person is not learning how to recognize and repent of these sins and their other intellectually chosen sins that are causing the depression and anxiety, etc. (thoughts, beliefs, expectations, wants/desires, likes, dislikes, and attractions).

Excessive guilt, self-loathing, and utter worthlessness, are all sinful intellectual false beliefs and their resulting feelings, that are prideful and/or selfish.  These are NOT the results or symptoms of depression, they are some of the causes.

Psychosomatic problems such as but not limited to changes in appetite, sleep disturbances, weight changes, or gastrointestinal problems, headaches,or chronic pain, that may accompany depression or anxiety, are the resulting physically affected consequences of depression and anxiety.  All that is psychological, which is only of the soul, affects the physical, because the soul, (intellect (mind) and free will to choose) is the form of, the animator of, and primary to the entire body/brain, as Dr. St. Thomas Aquinas states.

This is also why depression and anxiety are NOT crosses to bear.  For as Christ states in Scripture...If anyone wishes to come after me, let him deny himself, take up his cross, and follow me.  Matthew 16:24

The absence of Truth/Love/Virtues is sin.  Sin is when we do not deny ourselves in unselfishness and do not follow Christ.  Depression, anxiety, and all other psychological disorders and irrational psychological emotions and feelings are not denying ourselves, are not unselfish, and are not following Christ with our intellect and free will to choose.  Christ never means for us to carry our sins/dysfunctions to follow Him.

All sin is allowed by God, solely because we are allowed to have free will.  These do not make it God's Will for us to intellectually choose to sin, whether we are ignorant and failing in self-awareness or not.

The only reason prayer, Scripture reading, or the Sacraments do not "magically cure" all psychological disorders (aka mental disorders) is only because of the individual's refusal or failure to recognize what are their sins, repent of them, and seek and obey Truth, Love, and Virtues from Jesus Christ directly related to them.  In other words a person who daily is praying, reading Scripture, and receiving the Sacraments and still is not healed of their depression, anxiety, or other psychological disorder is because they are superficially interacting with God while committing idolatry in some form, and are failing to want to actively frequently work on their sins.

Depression or anxiety are not sufficiently helped by one rediscovering their "self-esteem" (a selfish misnomer), confidence in their own abilities, interest in the future, and/or the desire to live.  For people can have little to no problems in these areas and still suffering from depression or anxiety, because depression and anxiety are the sinful emotional affects of many other types of sinful false/irrational thoughts, beliefs, expectations, wants/desires, likes, dislikes, and attractions that are pridefully and selfishly believed and wanted.  For anyone who is committing idolatry, whether they they know how to recognize sin or not, is eventually going to suffer from depression and anxiety, because these are the absence of Truth/Love/Virtues; i.e. the absence of God.

However, learning Who and What Love really is, including from where Love originates and seeking only Him; i.e. God, and learning how to Love/be Virtuous, including all the Truth that is inseparable from Love,...these are the replacement for the intellectual freely chosen causes of depression and anxiety.  Solutions which most people believe they already know and have and/or believe they don't need.

Any and all Virtues such as but not limited to: Hope, Trust in God, Faith, Gratitude, Forgiveness, Acceptance, Tolerance, Perseverance, Strength, Fortitude, Charity, Wisdom, and Humility (ability to recognize and accept Truth) are originally and only found from God. If you want them and any other Virtue, you need to repent of failing to have the particular Virtue and ask God daily for the particular Virtue, and then try to obey that Virtue by putting it into practice.

And you wonder why most people's depression or anxiety never becomes healed and both are constantly on the rise for all human beings throughout the world?!

Maybe it's about time we stop believe the same lies of Modern psychology and psychiatry over and over again while expecting different results, and start wanting to believe the Truth about, recognize, and repent of our sins, rather than rationalizing and blaming them away on everything but our freewill and intellect to choose.

To find a therapist who knows these Truths about psychological disorders, ask Jesus to send one to you, or you can contact me, Katherine, on whatsapp at +52-722-424-8877.