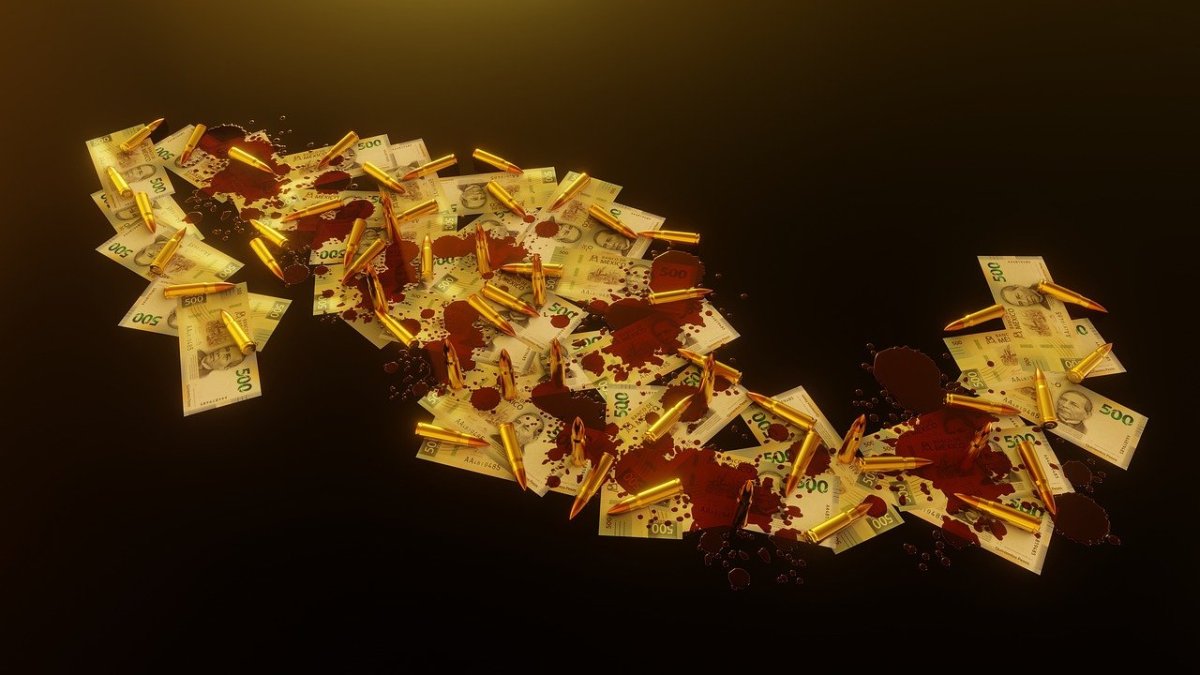 A great question was asked on a face book meme...

The question was regarding Haiti: "Billions of dollars and hundreds of missionaries for a century and yet nothing changes. WHY...what is the intrinsic problem and what has the Haitian Catholic Church done...Mexico, Central America and South America have been catholic since the beginning...WHY ARE THESE COUNTRIES SO UNABLE TO STOP CORRUPTION, GREED, and GRINDING POVERTY. Stop with the guilt trips...you have no idea what people do in their own community to make a difference..."

I am an American and a Psychologist who lives in the south of Mexico. I have lived here for going on 6 years. I teach Psychology in our Catholic Seminary. My husband is Mexican, half of our family is Mexican, most of our closest friends are Mexican. The biggest reason that NOTHING changes regarding corruption, greed, and grinding poverty in Mexico (and I'd bet the lottery in all of the rest of the other Latino countries as well) are a combination cause/affect of several factors all of which are the 100% fault of all of the people of the country who are stubborn, do NOT want to learn Truths they don't already know, do NOT want to change, and will NOT make any sacrifices freely without fear...You need to wait till the end of this explanation because it will all make sense by the end...

1. One of the biggest sins of the Mexican culture is LYING. Exaggeration and selfish manipulation are also forms of lying. They ALL lie and they do so, so frequently about everything, even about every insignificant little thing that is NOT important, if they think it will make them look good, make them liked, avoid rejection, or get them something they want, they will LIE without even thinking twice about it. MOST MEXICANS don't even know that lying is a wrong.

2. Second, the reason they lie about everything is because their second biggest sin of the Mexican culture is FEAR. They are so afraid all the time of  many thing, especially fear of rejection, that they are frequently lying about most things to avoid imagined or real "harm". And most of the time on a daily basis it is imagined.

3. The FEAR is for THREE reasons, One, because the MAJORITY of parents, grandparents, and relatives BEAT their children and at least 1/2 of wives are beaten and the mother-in-laws of these wives tell their sons to beat their wives because their own husbands are beating them. The MAJORITY of children are sexually molested and RAPED. NOTHING IS EVERY DONE ABOUT ANY OF THIS, THESE ARE NEVER REPORTED BECAUSE THERE IS NO ONE TO REPORT THEM TO...(and I explain WHY further down so just wait)

5. the MAJORITY of Catholic Bishops and Priests disobey the Catholic Church in some ways, shapes, and forms, and do and teach whatever they pick and choose (like protestants) and do NOTHING to actually help the people to change and have poor boundaries and won't discipline because they are just as AFRAID as everyone else and function only based on FEAR, especially fear of rejection, because they were beaten and/or raped too and don't know how to set boundaries either!

The biggest lie taught by Mexican Catholic clergy and religious that completely contradicts the entire Bible and Catechism of the Catholic Church is the lie that "God doesn't punish." This lie is based in the misunderstanding of what the world "punish" means. People who grow up abused believe that "punish" means "abuse" and "harm", rather than the fact that "to punish"  is supposed to mean "to discipline", and "to discipline" means "to teach".  This lie is one of many reasons that so many people want to reject God, Who they believe is unjust; projecting their unjust caregivers, governments, and other authorities onto God.

6. As partly a result of bad Catholic Leadership, and mostly a result of their own mortal sin of willful ignorance, the MAJORITY of Catholics are SUPERFICIAL AND SUPERSTITIOUS and ARE BAD CATHOLICS and are in the state of mortal sin for many other reasons (I know because IF they even go to the Holy Sacrifice of the Mass, they do not go to communion unlike the mortal sinners of the USA).

7. Out of all of these BAD CATHOLICS (most of the population of Mexico) who were all BEATEN and/or RAPED as children, with NO BOUNDARIES, who LIE frequently, they are WHO make up the MAJORITY of the MAFIAS, POLICE FORCE, and MILITARY or become Politicians. ALL of the Mafias (obviously), Police, and Military and Politicians ARE CORRUPT and GREEDY.  ALL OF THEM!!!

AND THAT is the reason there is NO, NO, NO Justice in Mexico. And BECAUSE there is NO, NO, NO Justice in Mexico, the people choose to LIE and choose to be AFRAID...and 98% at least give all of the Mafia, Police, and Military whatever they want when they are extorting them, because you will be unjustly put in prison without due process, or worse you will be killed on the spot if you don't, or worse they WILL kidnap your child and kill them, or worse they WILL kill your entire family (I personally know one family of 4 who was murdered in their beds and one individual who worked for the local parish. One of my best friend's children was kidnapped for ransom, and a man I know from church, his child was also kidnapped for ransom. The majority of my friends and some of my family are being extorted as I write this.)

AND what is even worse, because there is NO, NO, NO Justice in Mexico, the grand majority of people are so DESPERATE and SELFISH and believe the lying corporate media, that they actually vote for the worst politicians and they directly go to the Mafia and hire them to beat up or kill their own family members, "friends", or neighbors who treat them badly.

THIS IS ALL WHY NOTHING CHANGES.

And this is WHY even if someone comes in and removes all of the bad politicians, mafia, police, and military…they will simply be created again by the people who are bad disobedient Catholics with no boundaries who were beaten and raped and undisciplined as children.

Crïs Tapïa writes: "This is so true... me as Mexican can say that this is the most real and perfect description of my people (me included) and it's all because of the fear I feel most of the time, (I was abused as a child) and the most biggest fear is to confront my self with my past. And this has created so much pain in my country and in my self... Thank you Katherine... this will help me so much to heal deep inside and to let people know how to get out of sin..."