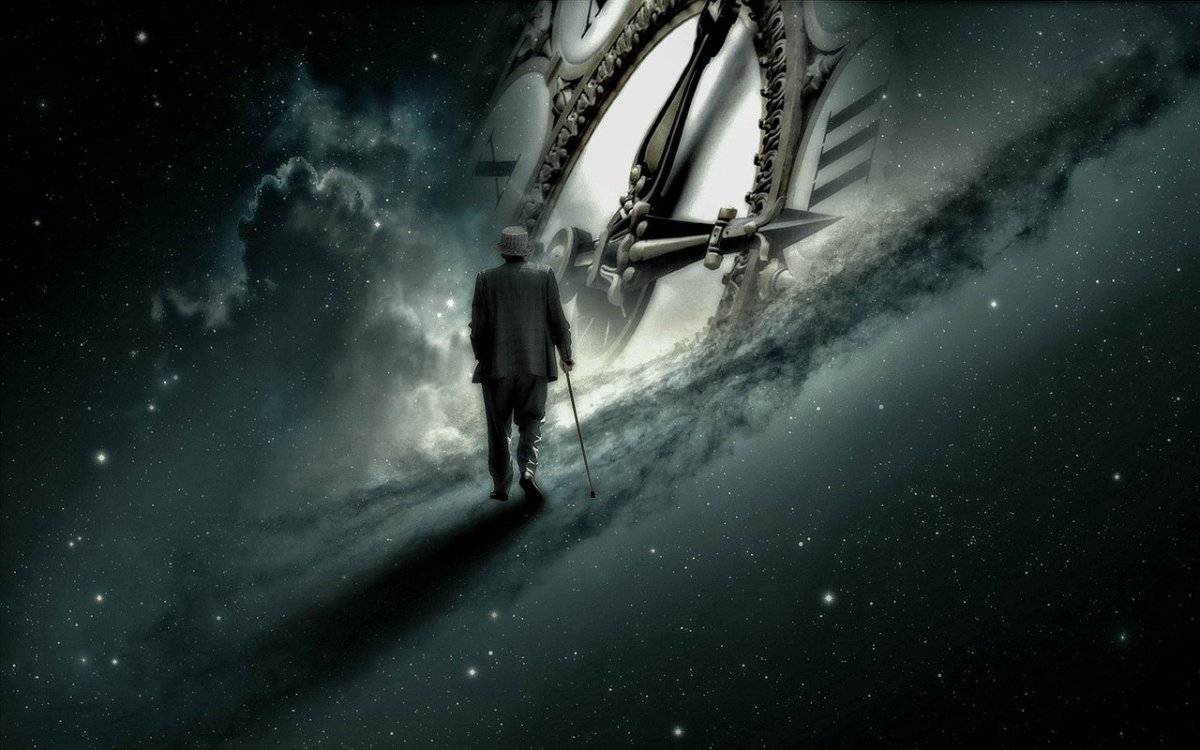 [The term "irrational" is being used solely in the modern English psychological use of the term, to mean the absence of rational; illogical.]

[The term "mind" is solely being used to mean the intellect.]

I. Scientific Natural Logical Proof for the Existence of God.

1. All brute animals (including all Monkeys & Apes) ONLY have a brain / biological instincts,

2. All brute animals do not have: abstract intellectual processes: rational or irrational

These are huge differences between brute animals & us human PERSONS

Therefore, we human persons have something other than the brain / body, that is itself, the abstract intellectual process, both rational & irrational, (because no other animal has this)

The human person’s: abstract rational & irrational intellectual process, is called the: Immaterial Soul: intellect (mind) & free will to choose, (which no other animal has).  Soul is "psyche" in the Greek and Latin, which is where the terms "psychology" and "psychiatry" originate, thereby making this profession the study and healing of the soul, which is the intellect/mind; NOT the brain.

A)  The material cannot create spiritual

B)  Material evolution could not create our spiritual Immaterial Soul: intellect (mind) and free will to choose.

C)  Any type of monkey or ape cannot reproduce a human being:

i. "Monkey Parents Theory" is anti-science

I call it the "Monkey Parents Theory" because if we human beings evolved from or are in the same family classification as any species of monkey or great ape brute animal (brute = without immaterial intellect (mind) and free will to choose), that would mean the parents of the first human being were a brute animal...SERIOUSLY?!  Can you imagine Adam and Eve complaining to each other about how their parents just don't understand them because their parents are just a couple of apes?!

A)  A superior Spiritual Intellectual Being has to create: both our Immaterial Soul: intellect (mind) and free will & the intelligent design of all material matter. (It is obvious that nature existed before human beings did, human beings are not the original creators of nature, and nature could not have created itself.)

{The spiritual is superior to the material}

B)  All human beings (of any race/species) have an immaterial soul: intellect (mind) and free will to choose.  Any other mammal is a brute animal, of which all apes and monkeys are.

A)  All of natural creation could not have begun with a “big bang” from nothing.

B)  For us intellectual human beings to exist, objectively observably different than brute animals, we originally as the human race and each of one of us (our Immaterial Soul: intellect and free will to choose) and had to be created by a similar, Superior, Intelligent Intellectual Being.  This being we call GOD.

This is the scientific evidence for the existence of God.

As a result of Scientific Natural Law, since our human person Immaterial Soul: intellect (mind) and free will to choose being non-material; aka spiritual, could not have evolved/come from what is material, and any species of monkey or ape could NOT have given birth to a human person, therefore human persons could not have evolved/come from any lesser intellectually functioning brute animal nor be a member of the same family classification, and everything in existence had to be created (come into existence) from some"thing" because "only nothing comes from nothing", therefore there has to exist a Superior Intellectual Being with an immaterial soul: intellect and free will to choose, Who is greater than the human person, Who created human person's with an intellect and free will to choose, which no other brute animal has.  A Superior Intellectual Being Creator with Person hood...we call GOD.

All human persons are created in the image and likeness of the person hood of God, of which all other mammals are NOT in the image of; including all monkeys and apes.

Is Truth and Love/Virtues spiritual or physical?...Obviously, Spiritual (meaning non-material).

Is Truth and Love/Virtues alive or dead?...Obviously not dead; therefore Alive.

Is Truth and Love/Virtues abstract or concrete?...Abstract; if concrete, brute animals would be able to understand them and be able to verbally communicate them.

Definition of Concept from Yahoo Search 2017:

An abstract idea; a general notion [about something]

For example: "structuralism is a difficult concept"

Secular human definitions of "concept" as of 2022

Concept, Definition & Meaning from Merriam-Webster.com
1.  something conceived in the mind :  thought, notion

2.  an abstract or generic idea generalized from particular instances

1.  a general notion or idea; conception.

2.  an idea of something formed by mentally combining all its characteristics or particulars; a construct.

3.  a directly conceived or intuited object of thought.

Where does objective Truth and Love/Virtues originate?

Truth and Love, including Virtues NEVER originate in / from the mind of any human being.

Proven by the facts that:

3. Where did the first human beings who had NO human parents learn / receive abstract moral Truths?  From monkeys or apes that know nothing abstract?  From a big bang?  Material Evolution?  How can Truth and Love/Virtues, an abstract spiritual living entity come from something that is only concrete, material and non-intellectual?  IT CAN'T.

Furthermore, a brute animal can only function instinctively in what is concrete; never what is abstract; because a brute animal cannot reason, etc.  Therefore, the concepts of Love/Virtues and Truth being abstract, means that Love can NEVER originate from anything material; i.e. neither brute animal, nor the brain.  Which means brute animals, who don't have an immaterial intellectual soul with a free will to choose, cannot choose to Love...and Love is a choice that can be felt, NOT an emotion.

If you say that's because human beings won't give you Love/Virtues, then you don't understand what Love/Virtues are. For Love/Virtues to even manifest, Love/Virtues has to be voluntarily given as chosen by the person's free will.

Therefore Love/Virtues and Truth do NOT originate from Human beings. How else is this proven?

Does any human being have all the Truth?...or have enough Truth to always be perfectly at peace at any point and time?  NO.  ["Ignorance is bliss", and "Truth hurts"; i.e. "The Truth causes suffering." are lies that is easily psychologically proven to be a lies, because those who believe these don't want the Truth, and not wanting and not having the Truth is what hurts; causes bad psychological emotions and feelings.]

Let's say for the sake of argument that Mary the Mother of Jesus the Christ was always perfectly Loving (it's a historically established fact that they both existed). If Love/Virtues originated from her, that would mean that all the human beings for all of time would need to get Love/Virtues from her in order to have Love, which is impossible.

Second, Mary was NOT the first human being to exist, so if Love/Virtues originated from her, that would logically mean that all the billions and billions of human beings who existed before her, would never have received Love/Virtues nor been able to give Love to/be Virtuous toward others. That is historically irrational.

Therefore, even if a human being is perfectly Loving/Virtuous, Love/Virtues cannot originate from the human being.

So where did Truth and Love/Virtues come from for the 1st human being who existed?  Lets say for the sake of argument that the universe started with a "Big Bang" that came from nothing, (which is contrary to Scientific Natural Law: nothing comes from nothing, and contrary to the theories originator's own beliefs), and that the first human's parents were a brute animal ape with NO intellect and free will of an immaterial soul and thereby having NO abstract intelligence.

Therefore, Truth and Love/Virtues being an intelligent, abstract, spiritual and living ENTITY, CANNOT come from what is a material, and/or incapable of abstract intelligence, and/or non-living thing.

Love/Virtues and Truth cannot originate from any "big bang" or "monkey parents".

Another proof of this is the fact, that to be able to give and receive "Love" with another who is being Loving to you is NOT PERFECT LOVE. Perfect Love is to be able to GIVE LOVE while being given unloving evil from another, which NO brute animal is ever capable of doing. [Trained through receiving an immediate reward, instinctively protecting territory, offspring, or food source, forced submission due to being the weaker creature, or fear response is NOT giving Love.]

And since we have proven that Love/Virtues is an abstract, spiritual, living, entity (being) AND is a choice and NOT an emotion, NOR is Love physical affection itself, therefore, Love cannot come from brute animals who are material only creatures who cannot reason, have NO free will or intellect [brain is not the intellect], and therefore they cannot choose, they can only react based on programmed instinct, which is physical only and NOT spiritual.

So all this being proven Truth (based on scientific natural law and logic), there has to be an intelligent spiritual living entity (being), who is NOT a human being from where originates ALL Truth and Love/Virtues!  God IS Truth+Love+Virtues.