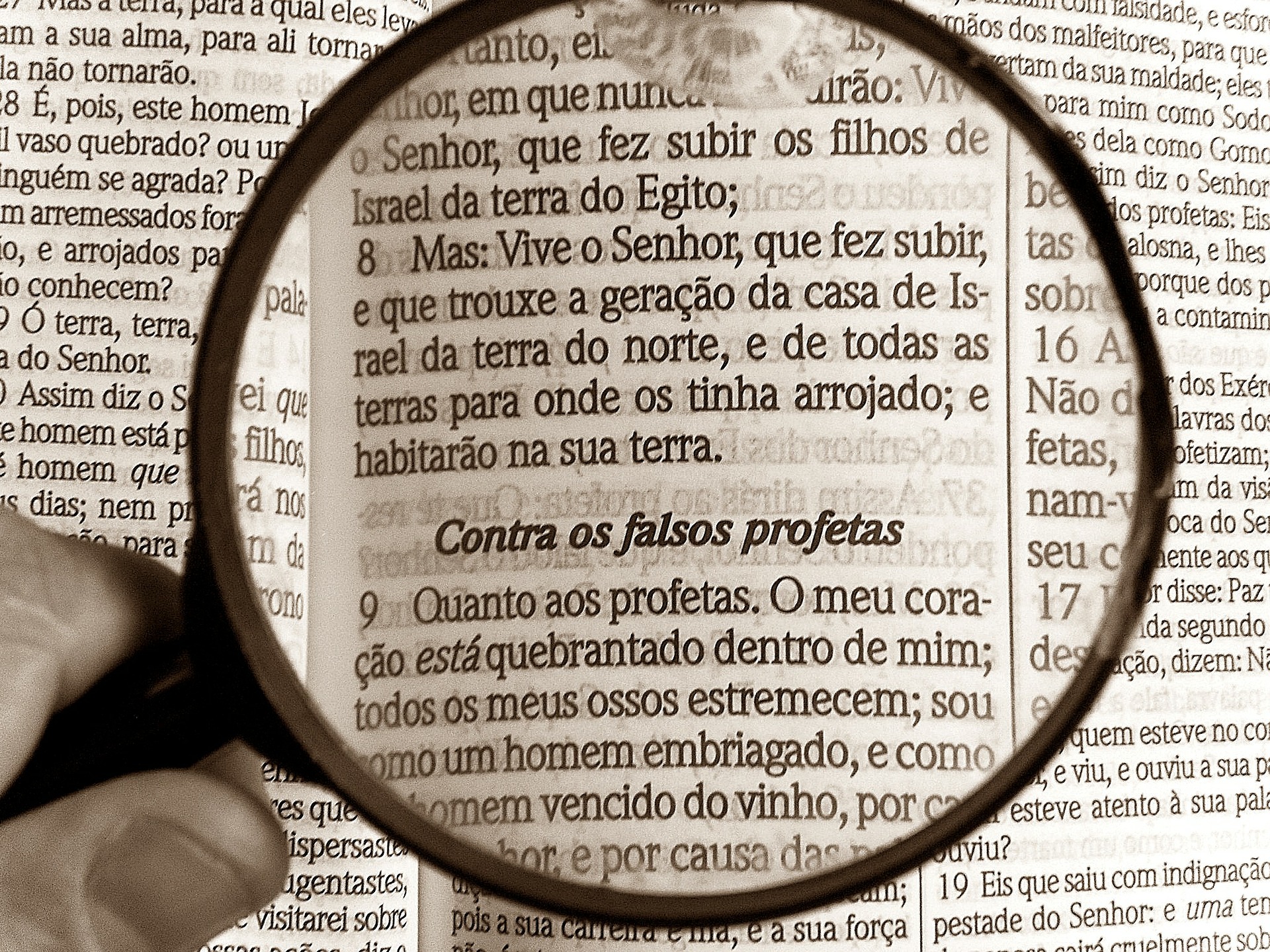 The Jehovah's Witnesses' "bible" contradicts their own teachings. This absolutely proves their beliefs to be false and NOT from Jehovah / God. Thereby proving their sect to NOT be from God / Jehovah. There are many examples. I am going to post my favorites here:

Jehovah's Witnesses (JW), who are not Christians, are known for changing Christian Scripture while claiming only their translations of the Bible to be correct. They have no external God given proof of this claim.

Moreover, their very own JW "bible" contradicts their own teachings, which absolutely proves their beliefs to be false and NOT from Jehovah / God. Thereby proving their sect to NOT be from God / Jehovah.

There are dozens of examples. I am going to post my favorites here:

First I will quote from their website the belief of the Jehovah's Witnesses who claim that all their beliefs are all from the Bible (from their version and their interpretation of Scripture of course) as if they are the final human authority without error on Truth, with no external facts to prove this:

The JW belief is:

"Like the early Christians, we can show our love for Jesus by heeding his advice on prayer. (John 14:15) As we pray to our heavenly Father—and to him alone."

"Did They [Early Christians] Pray to Jesus?"

"The Bible records a few occasions when faithful humans spoke to the heavenly Jesus—and sometimes to angels. (Acts 9:4, 5, 10-16; 10:3, 4; Revelation 10:8, 9; 22:20) But were those men praying to these heavenly creatures? No. In all such instances, the heavenly creatures initiated the communication. Faithful men and women reserved prayer for God alone.—Philippians 4:6."

The following Scriptural quotes from the JW Bible are from when the Apostles and Disciples prayed directly to Jesus and He did NOT initiate.

The Apostle John prayed directly and only to Jesus without mentioning Jehovah: Revelation 22:20-21
"“Amen! Come, Lord Jesus.” 21 May the undeserved kindness of the Lord Jesus be with the holy ones."

St. Paul prays directly to Jesus only without mentioning Jehovah and Jesus responds without correcting St. Paul on this: 2 Corinthians 12:8-10

"8 Three times I begged the Lord about this, that it would depart from me. 9 But he said to me: “My undeserved kindness is sufficient for you, for my power is being made perfect in weakness.”+ Most gladly, then, I will boast about my weaknesses, in order that the power of the Christ may remain over me like a tent. 10 So I take pleasure in weaknesses, in insults, in times of need, in persecutions and difficulties, for Christ. For when I am weak, then I am powerful.+"

We all know that JW's reject that Jesus IS God no matter how many verses of their own Bible say He IS God or show His equality to God, because they like to take one Scripture verse and try to negate others, or their leaders translated Scripture to try and support their already established false beliefs.

Below are the verses that the JW leaders missed when they were busy changing the other Scripture verses that prove Jesus is God or shows His 100% equality to God:

"Jesus came, although the doors were locked, and he stood in their midst and said: “May you have peace.”+ 27 Next he said to Thomas: “Put your finger here, and see my hands, and take your hand and stick it into my side, and stop doubting* but believe.” 28 In answer Thomas said to him: “My Lord and my God!”" John 20:28

"23 “Look! The virgin will become pregnant and will give birth to a son, and they will name him Im·manʹu·el,”+ which means, when translated, “With Us Is God.”+" Matthew 1:23

"27 My sheep listen to my voice, and I know them, and they follow me.+ 28 I give them everlasting life,+ and they will by no means ever be destroyed, and no one will snatch them out of my hand.+ 29 What my Father has given me is something greater than all other things, and no one can snatch them out of the hand of the Father.+ 30 I and the Father are one.”*+" John 10:27-30

[Jesus directly says here that His sheep listen to His voice and following Him and He give us everlasting life. The JW's don't try to listen to Jesus speak to them nor do they following Jesus directly.]

[Then Jesus says, "I and the Father are one" The JW's will take the other verses surrounding this and try to negate this verse, with the facts that Jesus does things in the Father's name and what the Father gives Him, instead of seeing that all are different Truths that are all True at the same time.]

[Here Jesus directly says that we can pray in His Name and He doesn't mention anything about including "the Father", which does not negate the other times when He talks about praying directly to the Father or to the Father through Him (Jesus). JW's try to negate one Truth with another Truth, which is what false prophets do.]

[Here Jesus says they are HIS commandments and that we are to Love Him. If Jesus were not equal to the Father then He would have said, that they were His Father's commandments, but He didn't. And Jesus is equal to the Father otherwise He would not have said "if you love ME", instead He would have said, "if you love The Father". And JW's don't try to actively Love Jesus. To Love someone you have to talk directly to them, listen directly to them; i.e. have a close friendship with them. Because you can't love whom you don't know.]

"6 Jesus said to him: “I am the way+ and the truth+ and the life.+ No one comes to the Father except through me.+ 7 If you men had known me, you would have known my Father also; from this moment on you know him and have seen him.”+" John 14:6-7

Just like all sects, the JW's have no proven authority over Scripture and they fail to translate and fail to interpret Scripture correctly, which is why when directly speaking with them, they refuse to answer the following questions: