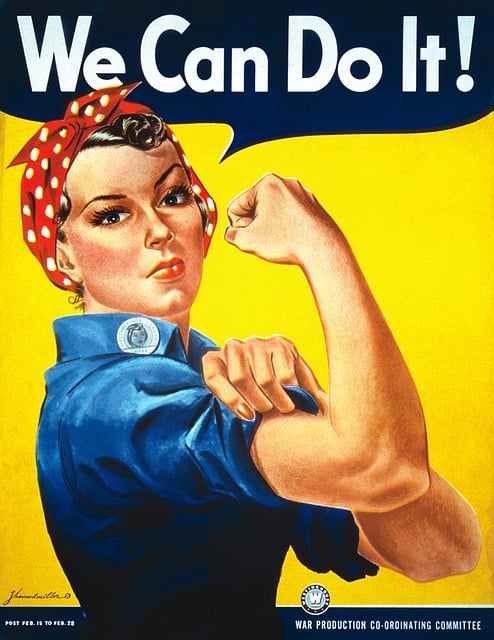 [Image by PublicDomainPictures from Pixabay]

I want to tell you the Truth, you will not hear in the news.  What even those men and women who say they're on your side, don't know or won't tell you.

For they are the ones who create the media, falsely teaching your only choices are: men sexually using you, lesbianism, or to have gender dysphoria.

And even making men pay for the cow, will not stop them from trying to get the milk for free lustfully.  For sex, just like money, will never buy Love for you or for me.

But where I really want to begin is by apologizing, for all the times as a little girl you were treated as inferior to men through, by at the very least, their patronizing.

I am sorry you watched your father selfishly and lustfully use your mother as a means to an end, for sex, the preparation of food, and procreation of children.

I am sorry you heard the bad example of your boundariless mother, criticize your father, you and your brothers, while hypocritically being just as prideful, selfish using and controlling as others.

I'm sorry you heard men speak the demonic lies, "men are more intelligent than women", and "women should only be barefoot and pregnant in the kitchen", as they would pridefully whine.

However, not one of us is an innocent victim, it is all learned behavior, from the examples of each generation.  We either choose to reject it, or believe and assimilate it in freely chosen imitation.

Both you, and the chauvinists misusing Scripture's Ephesians 5, and even those men who are standing equally by your side, are all still carrying their "mommy and daddy wounds" stuffed deep down inside.

Wounds, each one of us projects onto each other, our situations, the dog, as well as God the Father.  Which, with arrogant pride, is why we don't patiently listen to and prayerfully consider another's advice.

These learned behaviors and wounds are of which we all need to be freed, as taught by Theology Of the Soul's True Psychology and the 10 Steps to Lasting Healing.

Unfortunately, those unhealed don't want good advice or to hear what others have to say.  For by using each other as both the means and the end, everyone's unavoidable failure is perfect fodder, to have a scapegoat to blame.

Accepting when the prideful won't take good advice, is the sacrifice we all need to make, in the hope that eventually all mankind will turn to Jesus Christ in order to be saved.

For there is only one Savior; nothing like the sinfulness of men.  Please remember this, so you stop projecting those you've known onto Him, thereby rejecting Him too, just like them.

Too many men project themselves onto Our Lord; fooled into thinking they're just like Him, for a false sense of superiority and to justify all their sins.

These men too, don't know God's Love, so have none of Him to give, while believing they know it all, just like the mothers and fathers before them.

Neither can man save himself nor you from feeling unloved and alone, but that you already knew down deep.  Which is why you've been trying to save yourself by imitating the biggest jerk you've known, whom you hypocritically hate to see.

But you can't save yourself either, no matter how hard you try, because the demons who said you could, whispered to you a lie.

You're right that allowing men to selfishly use and control you is wrong, but you acting just like them won't make you strong.  It will only make you equally as evil and no better off in the long run.

Nor will becoming a lesbian satisfy, for women are only half the likeness of Our Lord on high.

Both men and women are created by God equally in His image and likeness, whom He Loves beyond our understanding.  God is both masculine and feminine completeness, as He was, is, and will be for all time everlasting.

Even so, we cannot become androgynous, the opposite gender, or binary.  Because we were assigned to be either chromosomally male or female, even before our conception and in the sonogram sighting.

Whether coming together as friends, or as husband and wife in matrimony, being different genders unites us like the One Who Is Whole, be it in sinful less than perfect harmony.

Having problems with Religion or the representation of God as masculine? Just think, He knows the pridefulness of men, that if He didn't become one (rather than a women), they would've never followed Him.

So what's the solution, if not to try to avoid men all together?  The secret is charitable boundaries that Jesus had me learn, through author's Cloud and Townsend.

At first others might not like it.  They may get angrier and fight oh so clever.  But if you stick to proper boundaries they'll either choose to convert, or suffer just punishment in hell forever.

Rejecting and hating men will not stop them from being unloving to you or me.  For men and women alike, can only find the love, fulfillment, and true happiness, in Christ Jesus, that we need.

For a way to a man's heart is NOT through his stomach, his wallet, or groin, as the old jokes say.  Repeated Forgiveness, Acceptance of reality, and Charitable Boundaries from us women, are our greatest keys!