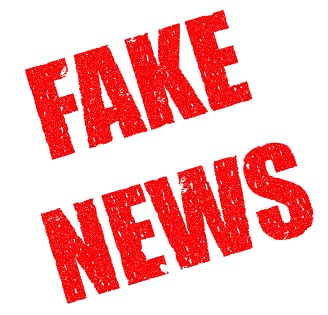 Most Modern Psychology and Psychiatry is Fake News

Fake Psychology 101: "If it makes you feel good; do it." ...and you wonder why people are committing Mass Murder?

We’ve heard a lot about all of the Fake News, thanks to our President Donald Trump, but what we have failed to hear about is all of the Fake Psychology that exists throughout the media, in the therapy session, and in the psychology classroom.

Ever since the latest publicized mass shooting in Florida, modern Psychologists and Psychiatrists and other mental health professionals have been coming out of the wood work to give their Fake Psychology opinions, in the manipulative effort to try and take away our gun rights and blame the NRA.

Comments such as the following opinions and memes posted on Face Book: “mental health and gun crimes are unrelated”, “mental illness cannot be the cause of our gun problem”, and “less than 20% of shooters have been flagged for mental health”.  This statistic is shown to be an obvious lie simply by reading all documentation on the shooters.

It used to be common sense that anyone who commits a Mass Shooting or is a Serial Killer is mentally ill, this is basic logic 101.  Other terms for mental illness are: psychological disorder, dysfunctional, emotionally disturbed, irrational, and the long list of labels that we call diagnosis.  Mental illness never negates the free will and responsibility of the killer, no matter how many lawyers trying to minimize their client’s sentences, or psychologists and psychiatrists who only believe, "it's the brain", say so.  For they have no facts to prove it.

1) political and financial pressure to negate or create disorders as the case may be,

2) client self-report of whether the person’s psychological problems interfere with their basic daily functioning (as has been documented in their named “Diagnostic and Statistical Manual of Mental Disorders”), and

3) the pharmaceutical companies psychiatrists needing a new diagnosis and no lasting solution in order to sell more drugs.

To quote Senator Creigh Deeds, “the mental health system is broken”, but the only reason it is broken is because modern Psychology and Psychiatry is Fake Psychology and refuses to believe the Truth about the real causes and real solutions for all mental illness; a.k.a. psychological disorders.

Fake Psychology and Psychiatry believe that the brain and genetics are the causes, with no scientific facts to prove it.  Fake Psychology and Psychiatry teach that relapse is inevitable and that you will suffer from your Psychological Disorder for the rest of your life and have to take psychotropic meds, thereby giving them job security.  Their perspective and attitude means hopelessness for their clients.

“Do whatever makes you happy”; a.k.a. “if it feels good do it”, has been the sick contradictory motto for the American Psychological and American Psychiatric Associations for decades and is what has been and is being taught directly throughout the Psychology classroom.  We are told to never give the patient / client any advice on what they are believing and doing wrong and what they should do instead that has anything to do with right vs. wrong / morality / sin, or God. Why? for two main reasons:

1) most professionals know little to nothing about morality / sin, and God and don't want to learn because of their own pride and guilt.

2) they are afraid of being sued

(that's right its all selfishly about themselves)

In other words, we are directly told to support and encourage the psychologically disordered irrational client / patient to: want, believe, feel, and do whatever THEY want (in contradiction to 'except kill yourself or another')…and at the same time help them to feel better.  Can you say, "insane"?!  This IS what happens when “the lunatics are running the asylum”.  Welcome to Fake Psychology and Psychiatry.  And you wonder why people are committing mass murder and killing themselves?!

If I've heard it once, I've heard it a hundred times as my clients, in desperation, would describe their therapy with former so called professionals: "They would not give me adivice on what to do to help myself! My therapist would ask me, "Well, what do you think?", and I told them, How should I know! I'm coming to YOU for HELP!"

All killers are psychologically disordered / disturbed / dysfunctional in some way shape or form.  This is an objective evidenced based fact that can be proven simply by readying their cases studies.  And many of the Mass Shooters claim to hear voices, which are demons speaking to them, because demons do exist.  This is being ignored by the fake Psychology and Psychiatry fields. But why?

Because either they don’t want to believe that demons exist, don’t want to believe in sin and free will, and/or they are completely uneducated on the demonic, sin, and free will and therefore don’t know how to handle the problem.  And nowadays, neither does the majority of the leadership of the Catholic Church.  They don't know how to handle the problem because most of the Catholic leadership have bought “hook line and sinker” the lies of Fake Psychology and Psychiatry and negated Catholic doctrine in order to justify sin and pretend the demonic doesn't exist.  This is a real crisis in the Church.

The present modern; a.k.a. Fake Psychology and Psychiatry fields in general are absolutely incapable of solving the problem of Mass Shootings, much less the problem of Mental Illness.  But we at Theology Of the Soul Psychology Institute have solved the problems; we have the answers and real solutions.