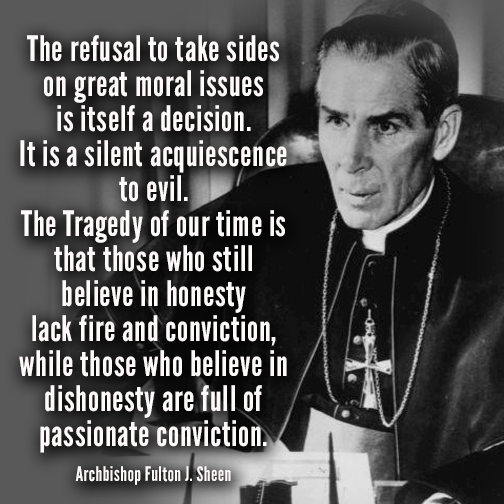 Are you Too Terrified to Take a Stand for Truth?

Why has the minuscule minority LGBTQ+ liberal community gotten as far as it has?...

It started when the rest of us, out of selfish ignorance, were being entertained by drag queen performances, and enjoyed the safe and non-lustful attention and respect we received from gay men, which we desired from our heterosexual counterparts, that we could never give or receive.

It started when the rest of us, out of selfish fear, feelings fixing and people pleasing, regurgitated the ignorant straw-man propaganda talking point, "they deserve love and happiness too", while refusing to stand up and state that all forms of Homosexuality are: sin, disordered, unnatural and need to be and CAN BE Permanently Healed...as Scripture clearly shows.

It started when both homosexual and heterosexual: pastors, priests, theologians, and bishops lied to everyone saying that the distorted/disordered interior likes, desires (wants), and attractions, are never a sin; only the exterior actions are a sin. This contradicts all moral theology! For interior likes and desires (wants) are the cause of the interior attractions; all of which are chosen by the free will and intellect, and all of which cause all our freely chosen exterior actions.  And when any are distorted/disordered, they are objectively a sin.

Only wanting to speak the Truth when it directly affects us is selfish. Trying to make others feel comfortable and healthy about their dysfunction is an evil unloving thing to do to them, especially when it is based in our selfish desires to avoid conflict and avoid being rejected.

The teaching of the Catholic Church states that all sin begins in the desires (distorted/disordered: wants and likes and attractions). And both Doctors of the Church, St. Thomas Aquinas, and St. Augustine of Hippo confirm that desires can be and frequently are sinful.

Fear is the absence of Love, and when we are afraid to stand up for Truth, the bullies will win and will never ever be satisfied until we are permanently silenced. For them, it's not enough to not be publicly against them, you and your family and friends better publicly affirm, praise, and join them.

If you had only heard how many times I have had people practicing homosexuality trying to convince me to "convert" "to their side"...because the demons KNOW it's a CHOICE!

If you don't take a stand for Truth+Love+Virtues now, in addition to the just consequence you will receive from the Just God, you can kiss your government's support for freedom of speech and freedom of religion goodbye.