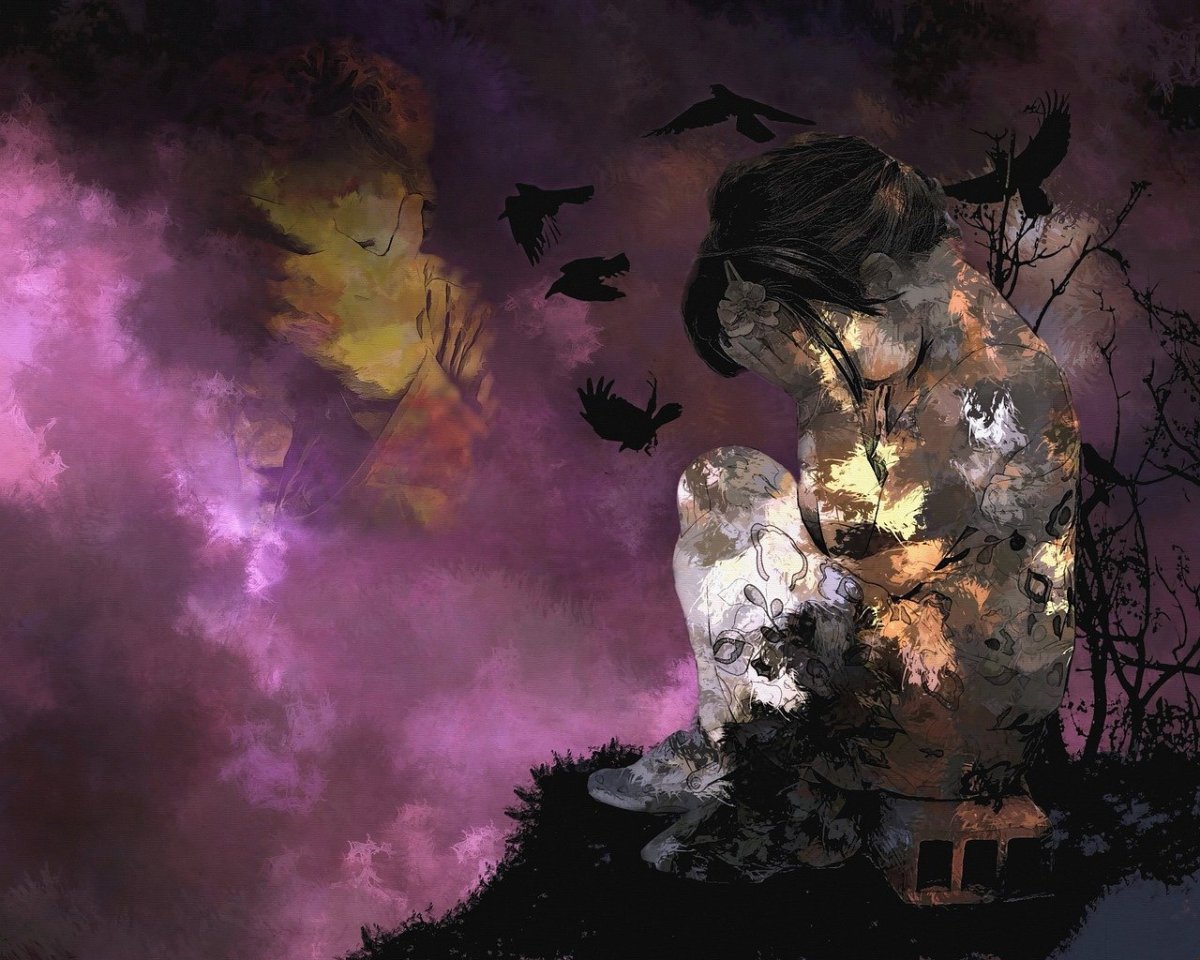 To All Insecure Women

Learn from my insecure blindness and see.

[Image by Ken from Pixabay]

We all know the basic Truth about life.

We know there is a real person there.

I didn't care about the other.

I only cared about what I thought was a need for me.

I felt no compassion and no love; I had none to give.

My top priority in life was to stop feeling rejected which I believed could only be achieved by obtaining everyone's acceptance and approval, especially men, who all women are naturally born attracted to, [when we aren't psychologically choosing to be attracted to women for any number of reasons]. I believed that to stop feeling rejected, I had to stop being rejected. And to stop being rejected, I had to do what others wanted, even if that meant pretending that I wanted to only use them for sex, just like they wanted to use me. I didn't know what boundaries were. I didn't know how to judge good and bad behavior in others. I didn't know there were any men who were bad for me that I should avoid. And I didn't care, I just wanted to be loved and accepted by all and stop feeling rejected. And I just wanted to be married and have children. But then when a man wanted to love and marry me and have children, I would reject him. I only wanted what I couldn't have, because in hind sight, it was only about me wanting to stop myself from feeling unloved and feeling rejected, which I was blaming on every man who didn't want to be with me, while it was never about giving love to any of them.

I didn't believe that I deserved to be with the man I wanted. I felt so insecure I wouldn't be myself around men that I wanted to have a relationship with, for fear of rejection. I believed what modern psychology taught about insecurity, low-self-esteem, and how to fix it. I was the insecure blind following the insecure blind right into the pit of despair. I believed that I was never attractive enough (I was actually gorgeous). I believed the lie that no attractive man would want to be with me unless I dressed seductively and had sex with them. I believed the lie that only men I didn't believe were attractive looking were not selfish users. I believed the only way to stop feeling used and stop feeling rejected by men was to start wanting to use them equally. I didn't know that I made myself have all of my own feelings. And I definitely didn't know how to stop making myself have them.

One day while in college in my early twenties, I was using the bathroom. It was not time for my menstrual period. A very small round red sack that looked like a miniature overripe tomato fell out of me. My immediate unemotional thought was, oh wow, that must be a baby that was prevented from developing due to the contraception I'm taking doing its job; I've heard about that. I was glad and thankful that I was not going to be pregnant. I didn't think about it as murder; as killing someone, because to me this did not fit into what I believed to be defined as murder; as killing someone. That's why it's only called "pro-choice". That's why it's only called "medical care". That's why it is only called "birth-control". Vocabulary matters. Vocabulary either teaches the truth or hides the truth. I didn't care that I had just killed someone. I didn't care that I had just killed my own child. I didn't believe I was a murderer. I didn't know that just because I don't believe something doesn't make me right. I didn't know that just because I believe something doesn't make it true. I didn't want to search for what is or is not true about what I believed. "Open-mindedness" is another one of those vocabulary terms that hides the truth.

I have since (many years later) stopped rejecting God (Truth+Love+Virtues) and been sincerely sorry to Him for what I did. I know I am forgiven. I now know that I am Loved and accepted no matter what. I have asked my child to pray for me. I will see him one day. I have forgiven myself. I work to repay all that I have done wrong. All only because I am no longer insecurely blind, which I learned how to receive healing for through God. We insecure blind people, both women and men, are greatly incurring harmful consequences on ourselves now, and potentially even worse for eternity. This is graver than any temporary harm we do to our innocent children. If I made an activist sign it would read, I love & accept you; I don't want you to harm yourself through murder!

I had been taught as a young child about pregnancy, abortion, contraception, and life beginning at conception. By the time I become a teenager I only selfishly cared about what I thought and believed was good for me. I was pridefully willfully ignorant, unknowingly choosing to believe every lie that I heard in all the media that I entertained myself with. I didn't know the media lied. I didn't care whether or not the media lied. I only wanted to be entertained. I didn't believe I would be influenced by the media. Even if the media lied I believed I would be able to recognize the lies and reject them. I only wanted to do what I thought made me instantly feel good and stop feeling bad. The media, digestible substances, trying to avoid and prevent others from rejecting me, and selfishly using them to try to obtain feeling loved and accepted, were the only ways I had been shown throughout my childhood to distract myself from feeling unloved, lonely, and rejected...just like the majority of the world.

I used contraception for a total of 15 years, which among other things, made me infertile. I never walked into an abortion clinic or a Planed Parenthood, but that didn't stop me from killing my own child. I am now 50 years old, childless, living in a third world country and culture that is not my own, in an abusive marriage, which is not my first marriage or my first bought with domestic abuse, and suffering from three different bone and spine disabilities. I am NOT an innocent victim; I am NOT to be pitied. I made all of my own choices that have put me where I am. I have many more blessings, than I have consequences, and I am at peace. I have everything I deserve and need to receive Love from God and to become the Loving person I need to be. Help yourself; learn from my blindness and see.